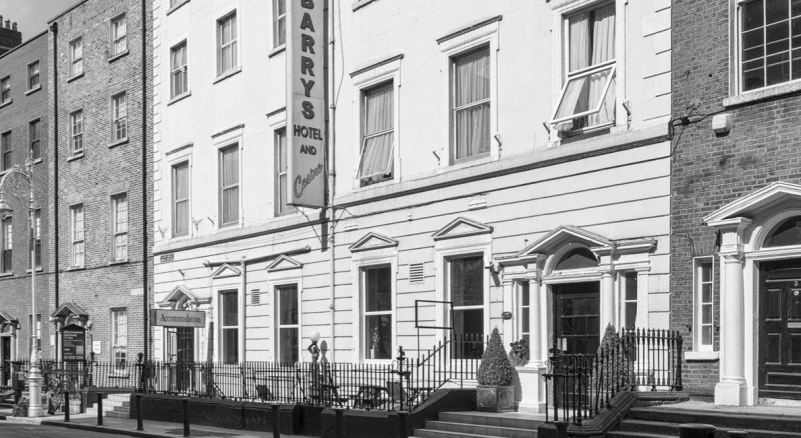 Following the Free State bombardment of the Four Courts (which housed Anti-Treaty Republicans including the IRA Executive) on 28th June 1922, Oscar Traynor, O/C Dublin Brigade, mobilised the remainder of local Battalions at Barry’s Hotel. A call to arms was sent out and was responded to by a large group of Republicans, which also included a detachment of the Irish Citizen Army. A significant number of Cumann na mBan members also reported for duty.

Garry Holohan and Eamon Martin, in particular, assisted in the fortifications of Barry’s Hotel and in the commandeering of supplies and weapons before they eventually moved out. Constance Markievicz also reported to Barry’s Hotel and was appointed second in command to John Hanratty, O/C of the ICA unit. The Fianna Dublin Brigade subsequently set up their own HQ in nearby North Great George’s Street.

Garry Holohan, senior Fianna Officer (and former Q.M.G and Dublin Brigade O/C), was soon placed in command of a significant portion of ‘The Block’ on O’Connell Street by Oscar Traynor.

Traynor later wrote that: ” Mr Holohan was an outstanding efficient officer whose courage and ability was at all times at the service of the Dublin Brigade and was gladly availed of by me during the week, when I placed him in command of the North side of O’Connell street. In these positions were officers of all ranks including at least one Brigade Commandant.” 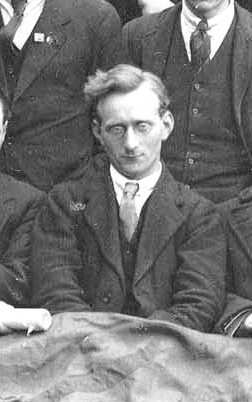 Barney Mellows, Adjutant General of the Fianna, was appointed as ‘Officer-in-Charge of Supplies’ of ‘The Block’ area by O/C Oscar Traynor. Traynor wrote that Mellows “operated with the Dublin Brigade HQ during the period of the opening weeks of the Civil War in Dublin. In the Hamman-Gresham Hotel Block, he acted in the capacity of Officer-in-Charge of Supplies. He was one of the most active of the defenders of this block of buildings and distinguished himself in action on several occasions towards the end of their occupation.”

Eamon Martin, who had by now relinquished his position as Chief of Staff but had remained on the Fianna Executive and also as Fianna Director of Training, played a vital role in fortifying the defences of Barry’s Hotel and surrounding buildings. Martin left the area to obtain guns for his fellow Fianna comrades but was arrested by Free State Forces, in possession of arms, as he attempted to return to ‘The Block’. 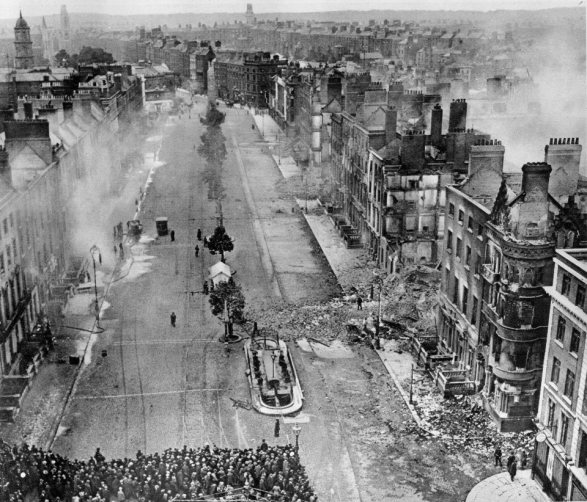 This entry was posted on Sunday, June 28th, 2015 at 10:42 pm and posted in Fianna articles archives. You can follow any responses to this entry through the RSS 2.0 feed.
« Printed ‘Target’ Card signed by Constance Markievicz
‘Fianna’s Golden Jubilee: Dream of Young Army recalled’ »