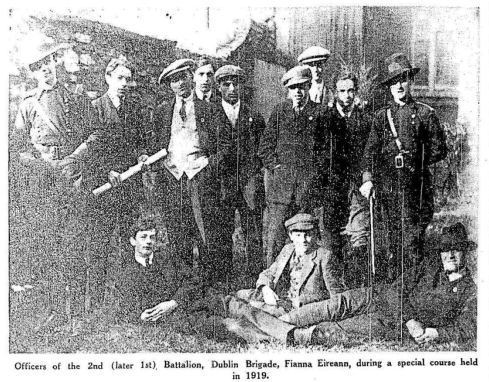 The 2nd Battalion officers in 1919 were as follows:

Captain R. Conlon (and later in 1919 R. Daly took over as acting Captain)

In 1920 the Fianna was re-organised in line with the Volunteer/IRA organisation and the 1st and 2nd Battalions (covering North and South Dublin) were organised into five Battalions as follows:

There was no 5th (Engineers) Battalion

Three members of Fianna Eireann in Tuam, Galway in 1914